Thyme is an herb we take for granted.  We add it liberally to our sauces, chicken, soups and more as a culinary staple but this is an herb we can turn to time and again for help.

If you like to grow things thyme is a very easy herb to grow.  You can put it in pots or garden spaces as borders.  This plant (here in Texas) stays green year round.  Our Texas summers push the plant back a bit in the heat of the year but it bounces back as soon as the weather begins to cool down.  So plant it once and have it for a long time.

During this challenging time in our world today, many of us are looking for ways to boost our immune systems and help us to stay well.  So, it’s time we looked at Thyme.

Did you know thyme supports lung health?  It also has many other therapeutic properties.  First, this herb is considered beneficial for coughs, colds, respiratory issues, bronchitis, promoting breathing and help to break up phlegm.  It is also thought to strengthen the lungs.

Thyme has long been used as a home remedy for cough, bronchitis, and other respiratory conditions. It is sometimes taken orally to treat a chest infection or inhaled to open airways. There is some clinical evidence of these effects.

According to a 2013 study in the European Respiratory Journal, thymol acts on receptors on the tongue, mouth, throat, and nasal passages in a way that may suppress coughs.

The study involved 18 volunteers, each of whom was exposed to cough stimuli. After using a thymol nasal spray, they underwent several tests to evaluate the urge to cough, the number of coughs experienced, and the threshold by which coughs occurred.

While the nasal spray had no effect on the cough threshold (the point where coughs occur in response to stimuli), it significantly reduced the number and severity of coughs as well as the overall urge to cough. The users reported that the spray had a pleasant cooling effect.

You can find much information on this herb. Here is a list of a few more things it is said to help:  Atopic Dermoatitis, Intestinal Infections, and Menstrual Cramps.

Personally, I have used thyme as a gargle for sore throats and it worked so much and so quickly.  I keep this growing and on hand dried all of the time.  We hope you do your own research.  For us – it’s always time for Thyme.

Click here to take advantage our our special, 10% off of any bulk herbs.  Type in this code:  Justbc at checkout to receive the special.  This offer will be good thru July 15th.

*this information came from VeryWellHealth.com

This is for information purposes only.  Always talk with your doctor before you add herbs in a medicinal way to your diet and always do your own research.

Mullein is a common weed prominent all over the United States, often found along stretches of the highway, on the edges of forests and on the gravely sides of railroad tracks. But this plant is much more than a bit of roadside greenery, as it may assist in the recovery of several common conditions within it its fuzzy, pale green leaves and yellow rosettes. Originally used by the natives in several parts of the United States, this plant is still used because of its, beneficial effects on the respiratory system. Assisting with common ailments such as coughing, lung weakness, respiratory constriction and chest colds, the mullein plant is truly a lung healing herb.

Known as Verbascum thapsus, its Latin name, mullein is considered beneficial for the lungs because it is an expectorant. This means that the herb may help the body remove excess mucus from lungs and soothes the mucus membranes with its emollient properties. It is therefore excellent for helping with the relief of bronchitis, heavy coughing, chest colds and even asthma. Both the leaves and the flowers of the plant contain saponins, natural detergents which make a cough more productive in releasing and expelling phlegm from the walls of the lungs, and mucilage, a gelatinous substance which soothes any irritated membrane.

The herb is also a diuretic and thus can relieve urinary tract inflammation when taken through a tea. It can also be used to decrease inflammation in the bowels, helping to reduce colitis and other issues.

Method
Steep the mullein leaves in hot water inside a tea ball or strainer for 15 minutes. Add honey if you like a sweeter tea.

Other Ways to Use this Herb:
Mullein extract infused with olive oil has been used to reduce the inflammation of earaches, sore joints, insect bites and hemorrhoids because of its soothing properties.

Simple poultices made out of fresh, mashed mullein and flowers mixed with water can also be used to relieve, burns, boils and sores.

Notes to Know:
Native Americans and the Amish smoked the dried leaves to relax the lungs when respiratory coughing was uncontrollable, or breathing became too difficult. Often just making a smudge of the leaves would suffice.

If you decide to make your own concoctions from mullein, which is easy to do, make sure that you strain all your product through a very fine sieve to remove the hairs from the leaves. These hairs are what most people find irritating if they have allergies.

Mullein must always be heated thoroughly before being ingested due to the saponins which are rather toxic. After being heated, mullein is fine for humans.

This is for information only.  Though this herb has been used for centuries. 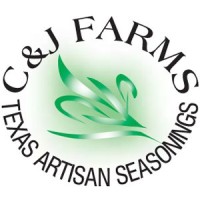 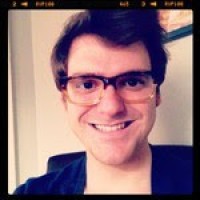 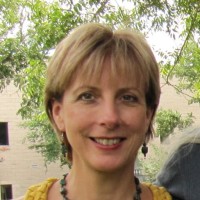